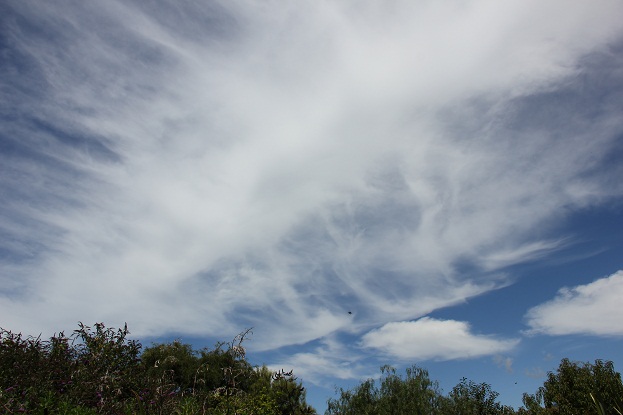 After weeks of very few contrails, dawned another hot blue day with a few of those strange pink/brown clouds hanging over the Takaka hills here in Golden Bay. From  1.30pm intermittent and tandem aircraft left what appeared to be both con- and chemtrails until sunset. Often over six visible at a time, the earlier trails merging into unusual clouds, some exhibiting warped rainbow colours. The children saw them and asked what they were. I replied: “Pollution, show your parents.”
I find it strange that people want to believe that a chemtrail is a contrail, made from water vapour and will dissolve in a short time, when over and over again they persist and evolve into these very unnatural formations and a haze before their eyes. The opposite of what they are saying they do. I am holding more outdoor gatherings and getting under the sky with my friends and showing them this. Look back at your real old photos, play spot the chemtrail with your own historical records. It’s interesting.  Is the human race almost fully in the thrall of the Stockholm syndrome?
First photos of the wild sky evolved from the chemtrails.
The photo 3538 taken 6.15pm. They are still at it another tandem run! 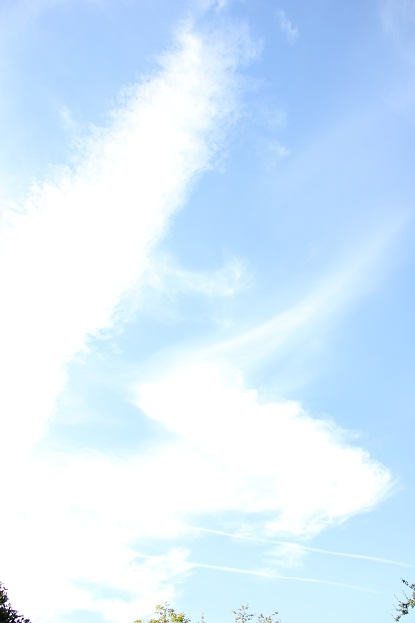 Interested in what is genuinely going on, not in the disinformation promoted as "truth" by the corrupt mainstream media. Please keep an open mind and do your own research. M.Sc. (Hons) from Auckland University. If you came to this site via the 'Silly Beliefs' disinformation website, please read my response to their article at the link: https://chemtrailsnorthnz.wordpress.com/2012/10/20/sillybeliefs-coms-lies-about-chemtrails-geo-engineering-exposed/
View all posts by Clare Swinney →
This entry was posted in Activism and tagged Golden Bay. Bookmark the permalink.