The Government has officially declared a state of drought in Northland, with Minster of Primary Industries Nathan Guy announcing it in Dargaville today.

The decision comes after the local community sought for the drought to be declared.

For the third time in four summers Northland has looked like a scene from a western, and once again a drought has been declared, recognising how dire the situation is for farmers like Malcolm Welsh.

“[I am] struggling just feeding animals, [with] financial pressure, extra cost,” he says.

“Yes, that is a concern,” says Mr Guy. “The Waikato situation in ‘07, ’08 took about $1 billion out of the bottom of the line for New Zealand, so we do know this is going to take a hit on the Government.”

The official drought status means in extreme cases farmers will be eligible for an emergency benefit. But the majority of support will come in the form of advice, such as help negotiating with creditors.

Parts of Northland have had their driest February since records began in 1948, and there’s no sign of any significant rainfall on the horizon.

But Northland is not alone. Much of the North Island is teetering on drought status.

As readers of this website are aware, Jim Reece, Toni Anne Smith and I had a stand at the Northland Field Days to educate the farmers about Stratospheric Aerosol Geoengineering, a known consequence of which is drought. On Day One we told people to go outside & look up to see what we were referring to, as the sky was full of aerosol trails. (Photos below). When the atmosphere is saturated with particulates as it was, the amount of rain falling is significantly reduced, as there are too many condensation nuclei for the rain droplets to form into a reasonable size to fall. Instead of rain falling, the moisture is carried away elsewhere. Watch ‘Why In The World Are They Spraying?’ online to learn more. 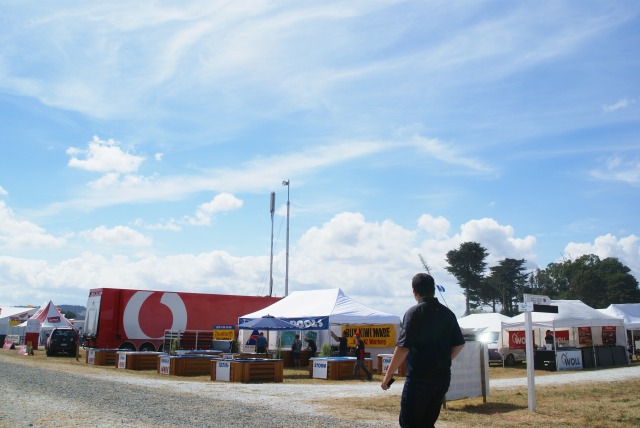 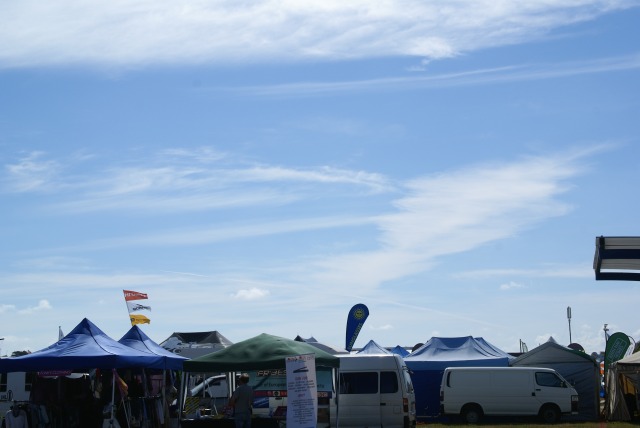 Above: An aircraft was observed spraying an aerosol on an angle at 4.25pm on Feb, 21, 2013. It is the thin trail visible above the blue tents on the right. The aerosol was observed for about 20 mins, spreading out and forming cloud-like matter.

Interested in what is genuinely going on, not in the disinformation promoted as "truth" by the corrupt mainstream media. Please keep an open mind and do your own research. M.Sc. (Hons) from Auckland University. If you came to this site via the 'Silly Beliefs' disinformation website, please read my response to their article at the link: https://chemtrailsnorthnz.wordpress.com/2012/10/20/sillybeliefs-coms-lies-about-chemtrails-geo-engineering-exposed/
View all posts by Clare Swinney →
This entry was posted in Uncategorized. Bookmark the permalink.