In the early hours of the morning, (during the night), obvious-looking aerosol trails were evident in the sky from Woodhill, Whangarei.  At about 8.15am, these photos showing aerosols dispersing in sky were taken. (The ‘object’ in third photo appears to be balloons.) 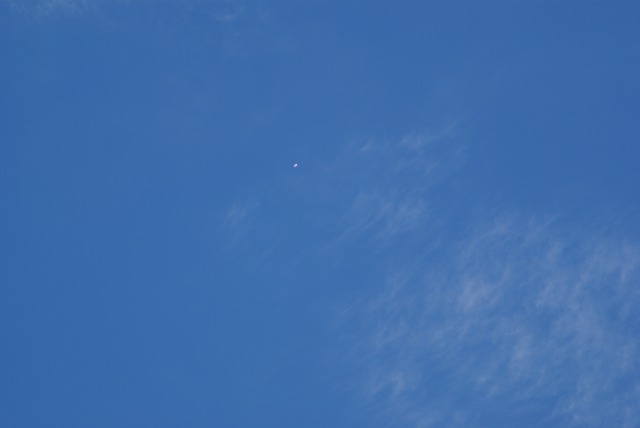 Rain clouds came over this morning at about 9am and a small amount of rain fell as a light mist in Woodhill, Whangarei, while it did rain outside of Auckland this morning. One could speculate that aerosols were sprayed into the atmosphere to stop it from raining locally because when there are too many small particles in the air on which water vapour can condense and form cloud droplets, rain droplets do not develop into a size that will provide a reasonable amount of moisture at ground level, and the water molecules are carried away.

Drought inducement is listed as one of the objectives on a 1996 Air Force document titled: “Weather as a Force Multiplier – Owning the Weather in 2025.”

It provides an insight in what to expect in the 21st century:  Current demographic, economic and environmental trends will create global stresses that provide the impetus necessary for many countries or groups to turn weather modfication ability into capability. In the United States weather modification will likely become part of national security policy with both domestic and international applications. Our government will pursue such a policy, depending on its interests, at various levels.

Many farmers may become insolvent and lose their land and it is quite possible that if these droughts continue worldwide, a famine could ensue and food could be rationed as a means of control.  Those who comply with the new rules are allocated food, those who do not, go without.  A similar scenario was forecast before the U.S. Senate Subcommittee Hearings  on June 15th, 1995 by Robert Fletcher of the Militia of Montana, who testified under oath that he had knowledge of weather-tampering technology that the US Government secretly developed for such devious purposes.

Senator Kohl: Mr. Fletcher, In an interview with the Los Angeles Times in April 21, you told that Associated Press that the American Government has created weather-tampering techniques so that the New World Order will be able to starve millions of Americans and control the rest. Would you explain what you were trying to say?

Mr. Fletcher: Well, what I was trying to said was exactly what I said. We have a complete package on that which I did not bring, but I certainly will see to it that it is brought in for the record; number one, the entire patents on the equipment; number two, Senator Claiborne Pell’s complete statement and story of his own that not only does it exist, but that we even utilized it as far back as the Vietnam War. You might want to touch base with Senator Pell.

Senator Kohl: That is alright, but I just want to repeat before I turn to—

Mr. Fletcher: So yes, but we do have all the information.

Senator Kohl: You are saying that the Government has created weather-tampering techniques so that the, quote, ”New World Order” will be able to starve millions of Americans—

Senator Kohl: And to control the rest?

Mr. Fletcher: Yes sir, that is my belief, as bizarre as that sounds. If somebody told me that the equipment even existed 10 years ago, I would have thought they were nuts, sir; and at this point in time we have all the documents to prove it. And if you think that 85 tornadoes take place in the middle of our growing area by simultaneous accident, I am sorry. The equipment that is already set up internationally – and as bizarre as that is, it is proven and documented. We will supply you with those documents.

Interested in what is genuinely going on, not in the disinformation promoted as "truth" by the corrupt mainstream media. Please keep an open mind and do your own research. M.Sc. (Hons) from Auckland University. If you came to this site via the 'Silly Beliefs' disinformation website, please read my response to their article at the link: https://chemtrailsnorthnz.wordpress.com/2012/10/20/sillybeliefs-coms-lies-about-chemtrails-geo-engineering-exposed/
View all posts by Clare Swinney →
This entry was posted in Weather Modification, Weather News, Whangarei. Bookmark the permalink.