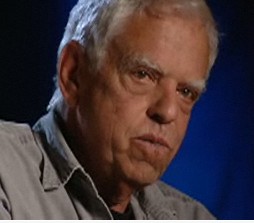 On April the 7th, Jon Eisen, the editor of Uncensored magazine, interviewed Lord Christopher Monckton on camera.  The film, which is currently being edited, will be released online soon said Eisen, and will show that Monckton is, as many have suspected, playing an active role in the chemtrail/geoengineering cover up.

Billions of dollars have been spent to confuse the public about climate science, “man-made global warming,” and conceal the fact that chemtrails are real.   As the ‘CLIMATE OF FREEDOM – April 2013’ tour kicks off around New Zealand, many have been wondering about Monckton’s role in this murky “climate change” disinformation campaign lately, as time-after-time he blatantly refuses to acknowledge what a mountain of scientific evidence shows us  – that chemtrails/geoengineering are real.

When the topic of chemtrails has been raised in the past, he has dodged it by saying, amongst other things, that he does not know anything about it or says he doesn’t talk about “conspiracy theories.”  Chemtrails are conspiracy fact, not theory.

When Lord Monckton spoke to an audience of about 70 at the Whangarei Library on April the 3rd, I noticed he made 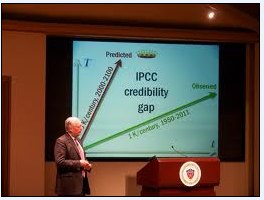 a point of saying that the drought in New Zealand in 2013 was not due to global warming, or anything else, it was natural, when there is plenty of evidence to show that the drought was induced and maintained using weather modification technology – technology which weatherman, Scott Stevens has helped to shed some light upon.  Of course, Monckton did not say what evidence he based his claim on – the public was just supposed to believe it was natural because he was Lord Monckton.  He may have been assuming the idea it was a natural phenomenon was the “consensus reality,” and he was there to reinforce it, but he should know better than most, that anything that’s based on a lie is unsustainable over time.

Jon Eisen, whose quarterly magazine often includes articles about chemtrails and weather modification technology, had been prepared for this interview with the man with the Cambridge accent and the cowboy hat, with A3-sized posters of the three images shown below.

Eisen asked him what he thought of the pictures and says Monckton looked aghast and asked: What is this?

Eisen says he asked him: “Do you think these are natural?” To which Monckton replied, yes, completely and that his air monitoring system in Scotland had given him no reason to think that anything was being put into the air.  Hang on. What about all the evidence from around the globe that shows heavy metals listed on geoengineering patents are being put into the air?  Monckton says he wants peer-reviewed evidence before he accepts anything as real – and for everyone to go back to sleep?

One of the images shown to Lord Monckton by Jon Eisen in A3-poster size.

Although he had been treated kindly and with respect, says Eisen, after Monckton had terminated the interview, he rose from his seat, turned on his heels and walked out, without even uttering a polite goodbye.

“I believe Lord Monckton’s role is that of controlled opposition and I hope that others confront him with posters of chemtrails or other images related to weather modification technology, as I did as he tours New Zealand this month, and help shed further light on this issue,” offers Eisen. 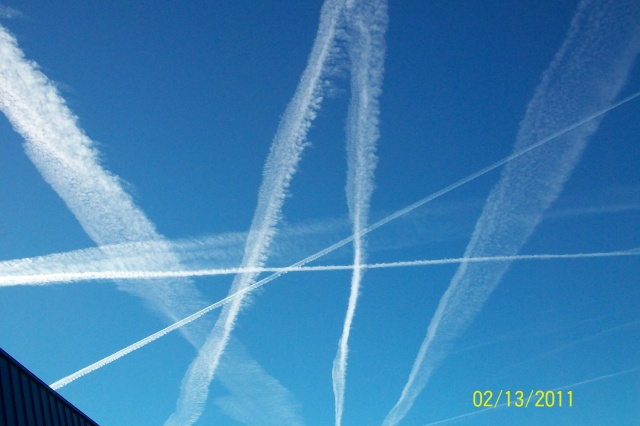 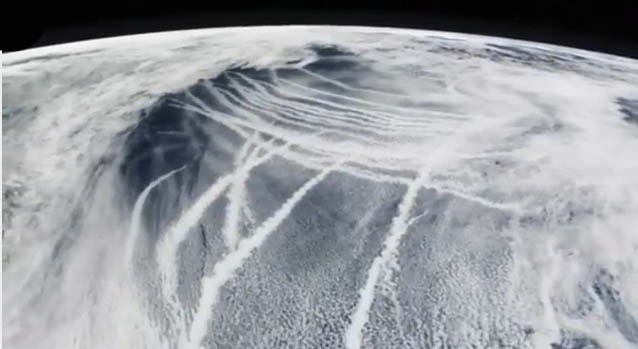 A satellite image showing numerous chemtrails. Shown to Lord Monckton during the intervew.

Why does it appear that it is on his list of objectives to keep the public in the dark about the technology that’s been around for decades  to induce and maintain droughts, and cause floods and snow storms?  Could it be that he’s functioning as a gatekeeper to keep people from knowing about the weather modification technology being used globally to create extremes, and exposing the IPCC, Al Gore, Michael Mann, Phil Jones and others as con artists, in order to win the public’s trust?

He may be engaging in predictive programming regarding United Nations’ Agenda 21 – telling people that it is going to happen, so they will more readily accept it?  Compare Lord Monckton’s approach to educating his audience about UN Agenda 21 with that of  Rosa Koire’s,  author of ‘Behind The Green Mask: Agenda 21.’  Koire is a forensic commercial real estate appraiser specializing in eminent domain valuation and an outspoken activist opposed to the UN Agenda 21 and its attempts to attack civilization through so-called “Sustainable Development.”    She informs people of how they can take action at a local level to halt a communistic, totalitarian government being brought in by stealth and her approach is proving successful.  At the end of her talks she emphasizes how serious the threat of UN Agenda 21 is and has been known to say that she is willing to die fighting it.  In contrast, Monckton has been seen to conclude CLIMATE FREEDOM talks in New Zealand in early-April by smiling and advising his audience that there is nothing to worry about, the climate scare is over.  But what about the fact that our weather is now being manipulated by people intent on causing extremes that seriously damage the environment, the food supply and economy?

Interested in what is genuinely going on, not in the disinformation promoted as "truth" by the corrupt mainstream media. Please keep an open mind and do your own research. M.Sc. (Hons) from Auckland University. If you came to this site via the 'Silly Beliefs' disinformation website, please read my response to their article at the link: https://chemtrailsnorthnz.wordpress.com/2012/10/20/sillybeliefs-coms-lies-about-chemtrails-geo-engineering-exposed/
View all posts by Clare Swinney →
This entry was posted in Disinformation and tagged Jon Eisen, Lord Monckton, Monckton, Uncensored, Uncensored magazine. Bookmark the permalink.