This arrived via email from activist and filmmaker, Michael Murphy:

Fellow Activist
We are in a critical time in our efforts to stop geoengineering. I am writing to express my insights about the critical time that we are in in terms of stopping geoengineering. As many of you are aware, the Paris Climate Agreement ending mid December 2015 is expected to circumvent laws around the world and allow an unelected body (IPCC/UN) to micro manage our lives based on the idea that CO2 is the cause of climate change. While we do not argue weather the planet is warming or cooling, we do make a strong statement that because geoengineering programs have been ongoing for several years and are designed to change the temperature of our planet and manipulate our weather it makes it impossible to determine weather the planet is warming or cooling. 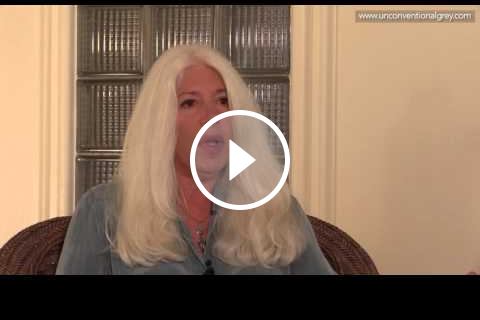 Why is this important?
It is extremely important because geoengineering (a major factor in climate change) has been left out of models. This makes all climate models flawed and fraudulent by those who are in the know. Because of this, it is not legal to move forward with taxation without representation, mandates and the framework to legalize geoengineering without our input and the input of our legislators.
Our goals in “An UNConventional Shade of Grey”
“An Unconventional Shade of Grey” is a call to action film. We are currently moving forward with the Aerosol Collection Project where we are taking airplanes into the aerosol plumes and testing the contaminants. Positive tests will provide us with inarguable court admissible evidence proving that geoengineering is occurring and changing/manipulating our climate.
Our goals are to expand the aerosol collection project and then bring evidence into courts around the world with the goal of reversing climate agreements, related laws and mandates and thus; stopping geoengineering. It is only then that we can determine weather the planet is warming or cooling. Again, if the climate agreement is passed, it will provide the framework to legalize geoengineering programs worldwide without our input and remove our ability to take legal and legislative action. Proving that climate models are incorrect (due to ongoing geoengineering) is the most effective way to stop these damaging programs. Demanding that all climate related legislation is halted until our air is free from geoengineering is the only way to prove any accuracy of climate models. It literally forces those who are supportive of climate change legislation to support stopping geoengineering. We have the airplane, collection devices and scientific team.
We absolutely need your support to bring this information to the masses. We have the airplane, collection devices and scientific team. We need your support to pay for the flight and to document this historic test and project.
“An Unconventional Shade of Grey” is a call to action film that is expected to provide the data and call to action plan to the word. Because a collective effort is required, we need your support.
Please go to: www.unconventionalgrey.com to learn how you can become and Angel and/or Pre-order the film.
This is how we were able to fund and wake millions of people up around the world with “WHAT and WHY in the World are They Spraying?” Be a part of the film and process that will stop geoengineering for good!!!
Sincerely,
Director/Producer
Michael J. Murphy
http://www.whyintheworldaretheyspraying.com/
http://www.unconventionalgrey.com/
http://www.coalitionagainstgeoengineering.org/
http://www.organicsulfur.net/

Interested in what is genuinely going on, not in the disinformation promoted as "truth" by the corrupt mainstream media. Please keep an open mind and do your own research. M.Sc. (Hons) from Auckland University. If you came to this site via the 'Silly Beliefs' disinformation website, please read my response to their article at the link: https://chemtrailsnorthnz.wordpress.com/2012/10/20/sillybeliefs-coms-lies-about-chemtrails-geo-engineering-exposed/
View all posts by Clare Swinney →
This entry was posted in Activism, Global Warming Hoax, Government, Media, Politics, Rise of Fascism. Bookmark the permalink.