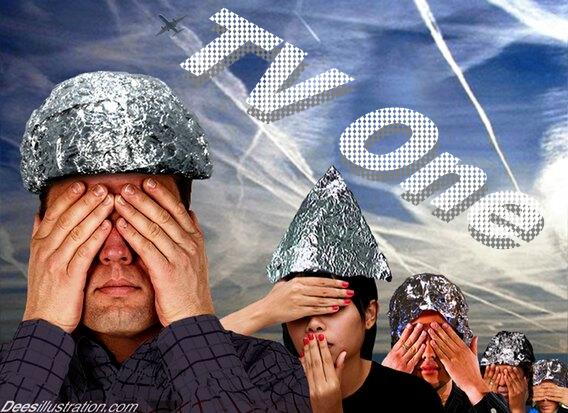 During the 6pm News on Friday, January the 8th, 2016 on TV One, weather presenter, Renee Wright referred to an image of Christchurch, which is shown below, one that shows a sky crammed full of aerosol trails (aka chemtrails) and she said: “That’s a nice sight, isn’t it.”  …As if she doesn’t have good enough eyesight to recognize aerosol trails when she sees them… 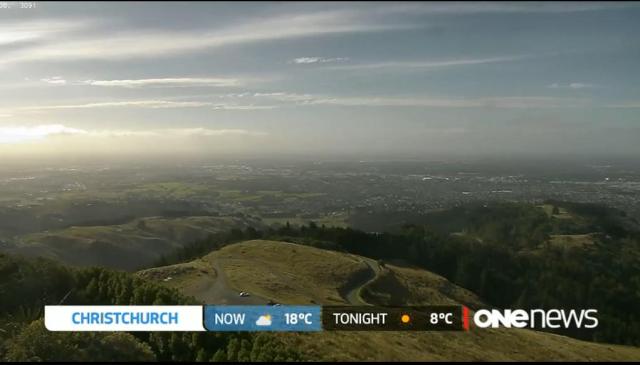 Image shown on TV1 News during weather report, referred to as a “nice sight” by Renee Wright. Note the white haze in the atmosphere from the aerosols material put into the atmosphere.

Our weather is being engineered and these aerosol trails provide us with more evidence of this crime, a crime which, in part, is aimed at winning support for the “climate change” agenda, and  Agenda 21.

Evidence shows that there is a connection between the trails and our severe weather and our mainstream media’s weather presenters are attempting to conceal what to many is readily apparent.

TV One news and TV3 weather presenters, like so many other controlled mainstream media puppets, are complicit in the crime of chemtrails/geoengineering. They are taking part in an insidious system which omits to tell the people the facts, while creating a facade that everything is at is should be, when nothing could be further from the truth. I made this short video for those who are new to the topic.

TV3’s “Historic Cloud News” Another Attempt to Brainwash The Public

Interested in what is genuinely going on, not in the disinformation promoted as "truth" by the corrupt mainstream media. Please keep an open mind and do your own research. M.Sc. (Hons) from Auckland University. If you came to this site via the 'Silly Beliefs' disinformation website, please read my response to their article at the link: https://chemtrailsnorthnz.wordpress.com/2012/10/20/sillybeliefs-coms-lies-about-chemtrails-geo-engineering-exposed/
View all posts by Clare Swinney →
This entry was posted in Propaganda, Uncategorized, Weather News. Bookmark the permalink.