How sad it was to see the scale of the devastating Australian bush fires first hand today in Whangarei, Northland, New Zealand.   Even though the savagely fierce blazes are over 2.5 thousand kilometers away,  the fires created such a massive plume of dingy- coloured smoke that sunlight was obscured from the late afternoon on Sunday, the 5th of January, 2020.

The orangy plume became first apparent in Whangarei, Woodhill, shortly after 4pm, when it became strangely darker, like it does on the day of an eclipse.

There was an unearthly orange glow which deepened as the afternoon turned into evening and it felt colder than usual for this time of year.   According to weatherman, Philip Duncan, as reported in Stuff.co.nz, the plume could reduce temperatures by about 4-5 degrees Celsius. (Showing that the sun drives the climate, not carbon dioxide?)

The occurrence may be used to win sympathy for the climate change agendas, as the Australian bush fires themselves have been, as Australian-based researcher Max Igan explains in his videos ‘Australia The Perfect Firestorm Created By Design’  and  ‘Drought by Design – The Genociding of Australia’

See the photos taken from Whangarei, Woodhill between about 4.10pm and 6.04pm below.

Above: 4.10pm As it started to darken outside, daylight became orange.

Above: 4.49pm looking over Whangarei city from Woodhill. 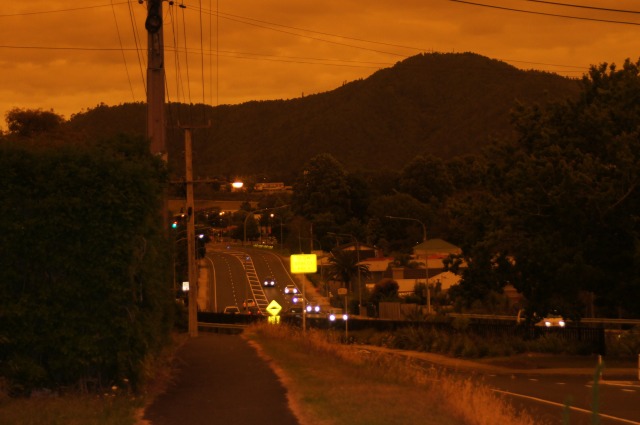 6.04pm  State Highway 1 from Whangarei.   Street lights came on hours earlier and I saw some drivers choosing to drive with their headlights on shortly after 4pm.  By 6pm most drivers had their headlights on at a time when this would not normally be necessary at this time of year. 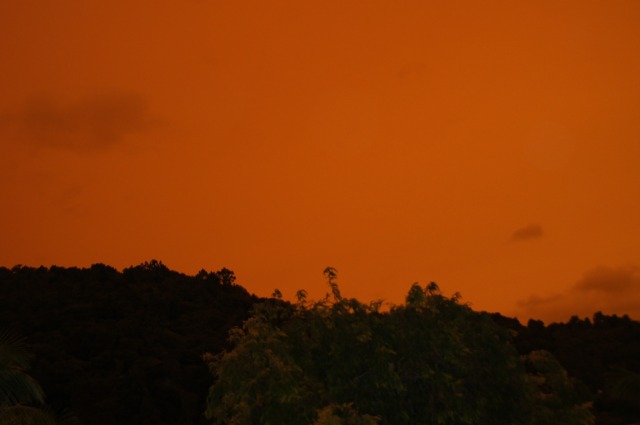 6.24pm Sky looking a darker orange. Taken from Woodhill, Whangarei. Looking to the north to the Western Hills. 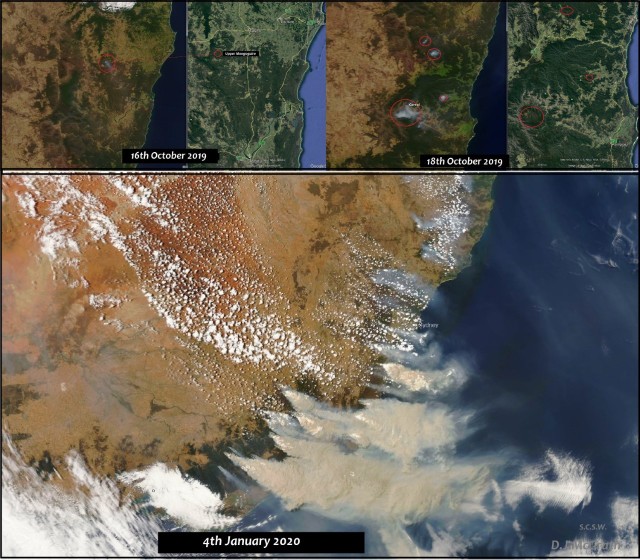 Interested in what is genuinely going on, not in the disinformation promoted as "truth" by the corrupt mainstream media. Please keep an open mind and do your own research. M.Sc. (Hons) from Auckland University. If you came to this site via the 'Silly Beliefs' disinformation website, please read my response to their article at the link: https://chemtrailsnorthnz.wordpress.com/2012/10/20/sillybeliefs-coms-lies-about-chemtrails-geo-engineering-exposed/
View all posts by Clare Swinney →
This entry was posted in Global Warming Hoax, Whangarei and tagged Australian bush fires. Bookmark the permalink.